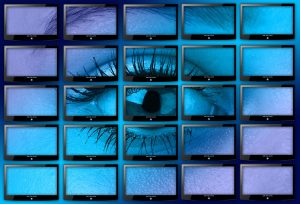 With its judgment of 19th March 2019, n. 7708, the Supreme Court upheld the appeal by Rete Televisive Italiane S.p.A. (R.T.I.) against Yahoo! Inc. and Yahoo! Italia S.r.l. and addressed the question of hosting provider liability, providing a series of fundamental indications.

The case arises from the circulation by Yahoo! Italia S.r.l. of film clips taken from a number of television broadcasts owned by R.T.I. With its sentence of 9th September 2011, n. 10893 The Court of Milan determined infringement of R.T.I.’s copyright on the part of Yahoo.

Subsequently, Yahoo lodged an appeal with the Milan Court of Appeal, which upheld the appeal with its judgment of 7th January 2015, n. 38. Firstly, the Court considered that Yahoo, as simply the provider of the data hosting service, should not be held liable for any infringements committed by subjects requesting its services. In particular, the Court rejected the concept itself of “active” hosting provider, considering it misleading. Secondly, the Court itself noted that provider liability only arises in the presence of a specific request for removal which the provider fails to comply with. Such a request can be a warning from the injured party, rather than an order from the judicial authority. In this regard, the Milan Court of Appeal also clarified, that to establish the obligation of removal, the notice must be sufficiently specific, since simply indicating the title or name of the work with no identification whatsoever of the relative url or link would not be adequate. As it was against this judgment, R.T.I. lodged an appeal with the Supreme Court.

In contrast to the Milan Court of Appeal, with its judgment n. 7708/2019 the Supreme Court recognizes the figure of “active” hosting provider, which differs from the “passive” hosting provider referred to in art. 16 of Legislative Decree 9 April 2003, n. 70, and which consequently cannot benefit from the exemption of liablity provided for under par. 1.In particular, according to the Court, we can speak of “active” hosting when an active conduct can be identified which completes and enhances the use of contents in a non-passive way. This “activity” can be deduced from a series of “interference indexes” which need to be verified by the judge: “the activities of filtering, selection, indexing, organization, cataloging, aggregation, evaluation, use, modification, extraction or promotion of the contents, carried out by means of commercial management of the service, as well as the implementation of behavioural assessment techniques for users with the aim of increasing customer loyalty” are all signs of not merely passive conduct on the part of the provider. Having established this distinction, the Supreme Court considers that in this case Yahoo can be classified as a purely “passive” hosting provider under art. 16 of Legislative Decree 70/2003. However, the Supreme Judicial Authority specifies that the hosting provider is in any case liable when it is aware of the illegal nature of the content and fails to remove it. In addition, the Supreme Court finds that the emergence of the obligation of removal does not require an injunction in a technical sense, but only the simple communication or notification of the infringement. This communication must be sufficiently adequate so as to allow the recipient to identify the illegal content; it may make a general reference to the title of the work or contain a precise indication of the url according to the specific case at issue.Therefore the Court of Cassation nullified the contested judgment with referral of the case to the Court of Appeal in a different composition in order to evaluate the existence of Yahoo’s liability, according to the principles set out. Now it will be up to the Court of Appeal to establish whether, at the time of the issue, there were the necessary technical-IT conditions to be able to identify the illegal video clips by means of a simple reference to the names of the R.T.I. broadcasts.

With its judgment of 10th January 2019, n. 693, the Court of Rome has given its ruling on the dispute concerning the liability of the Internet service provider Vimeo for copyright infringement. The plaintiff was Rete...

The Swedish streaming music giant must contend with a lawsuit from the American company Wixen Music Publishing which is suing it for copyright infringement, specifically alleging Spotify is using thousands of its songs...

In a piece published on the 15th April 2017 in the Quotidiano Nazionale (a daily which features articles from three Italian newspapers, Il Resto del Carlino, Il Giorno and La Nazione), Giusella Finocchiaro offered her...

Privacy and security: agreement between the Data Protection Authority and the Italian Secret Services

Privacy and security: agreement between the Data Protection Authority and the Italian Secret Services