Fraud through digital signature, the first case in Italy

The Italian press have recently reported on the first case of fraud in Italy through the unlawful use of a digital signature.

According to reports, a Rome businessman discovered through a check carried out at the Chamber of Commerce in 2011 that all his company’s shares had been registered without his knowledge to a man by name of David Henry Antinucci, who in this way had become the sole member of the company and had also appointed himself sole director, with the authority to transfer the company’s headquarters.

With the appointment of the new sole director, the deeds of conveyance had been transmitted to the Chamber of Commerce via the Internet by an accountant’s office by means of the activation of an electronic smart card with a digital signature, which is obligatory for company communications with the Italian Register of companies. In this case the smart card had been registered in the Rome businessman’s name but had not been requested by him.

The probe conducted by the IT investigation section of the Special Telematic Fraud Unit of the Italian Financial and Tax Police has led to the identification of three suspects, including Antinucci, who now face prosecution for personation, false statements or proof given to the electronic signature authenticator regarding their own and other people’s identities and capacities in addition to forgery of public documents, private documents and electronic documents.

According to the investigation, Antinucci was aided and abetted in the fraud by the owner of a business consultancy firm who appears to have been a total tax evader for 16 years. The two men are alleged to have used a photocopy of the businessman’s ID card to activate two smart cards at a certification services agency after filling out the appropriate form.

The owner of the agency declared that he had had direct contact with the two men to issue the smart cards and that they had informed him that the businessman would not be present to sign the smart cards in person as he was abroad on business. The accountant who forwarded the requests to the Chamber of Commerce said he had worked in good faith on the documentation he had been sent by the owner of the agency and had not checked it further.

From what we read in the press, the judges are convinced that neither the agency owner nor the accountant are criminally involved in the scam, although they are guilty of carelessness when initiating the procedure.

However, the accountant has been reported for violation of the rules of discipline to his professional association for failing to verify the authenticity of the signatures which were not added in his presence when transferring the shares.

In the light of this reconstruction, we can say with some certainty that this case arouses a certain level of interest not only because of the novelty of the method apparently used for the fraud but also for the different positions of responsibility which emerge in relation to the various individuals involved in the case. 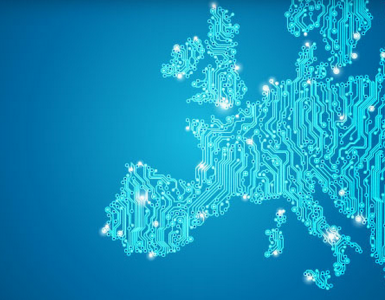 The world in 2018 according to NOMISMA experts

More than a half century ago, Bob Dylan’s “A hard rain’s a-gonna fall” reflected a dark and turbulent world facing a potential nuclear attack, the rising threat of environmental pollution, a rapid shifting of the...

Digital identity management and trust services will be the main themes discussed at the colloquium convened by the Secretariat of the United Nations Commission on International Trade Law (UNCITRAL), that will take place...

10 Things we can’t not know about…Facebook and employees

The Monti Economic Measures are now Law: changes to the rules on personal data protection