Italian Court of Appeal: Yahoo is not responsible for Mediaset copyright violations 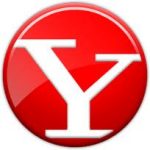 The Milan Court of Appeal has upheld Yahoo’s! appeal against the judgement for violation of copyright, issued in favour of the Mediaset Group in 2011.

Yahoo’s! Italian division had been convicted because of a number of videos uploaded by users on the “Yahoo! Video” platform which is now no longer operative. The incriminated videos had been taken from RTI (Mediaset Group) television broadcasts such as “Amici”, “Grande Fratello”, Striscia la notizia”, and so on.

In the opinion of the Court of First Instance, although the videos had been circulated by users, Yahoo was to be considered responsible for the violation inasmuch as the activity of the platform could not be restricted to the liability provided for under article 14 of the European Directive on Electronic Commerce (2000/31 / EC) implemented by Italian Legislative Decree 70/2003.

Failure to recognize the neutrality of the intermediary was motivated by Yahoo’s! alleged control over the videos which would have made the platform an “active” hosting provider and thus different from the “passive” providers protected by the Directive. Basically, the Court had identified the platform’s business activity to be of a publishing nature, due on account of the function of automatic indexing and, paradoxically, the ability to remove content reported as illegal.

Accordingly, the Court had also found Yahoo! guilty of the non-removal of all the videos following the injunction served by RTI. These were grounds that Yahoo! had unsuccessfully contested during the proceedings, claiming to have immediately removed the nine videos indicated and to have requested RTI to specify other URLs of videos to be removed, in addition to which they claimed they had never received the complete list.

In a ruling that overturns the judgment of First Instance, The Court of Appeal stressed that Yahoo! had also promptly proceeded to remove a further 218 videos, when the relative URLs were indicated by RTI during the course of the trial.

With regard to the platform’s culpability, the Court of Appeal quoted certain decisions taken by the Court of Justice of the European Union such as those relating to the SABAM-Scarlet case, the -SABAM Netlog case and the Telekebel case and rejected the interpretations of the Court of Milan in 2011. Consequently the conditions do not exist for considering the platform as belonging to a different type of hosting provider not protected by Directive 2000/31/EC. Yahoo! is therefore a simple intermediary and as such under no obligation to independently identify any content in violation of RTI’s rights, nor would it have needed to implement a system of filters to prevent the further violations.

RTI has therefore been ordered to pay Yahoo’s! legal costs incurred in First Instance and Appeal amounting to 244,000 Euros.

The text of the judgment is published HERE.

With its judgment of 10th January 2019, n. 693, the Court of Rome has given its ruling on the dispute concerning the liability of the Internet service provider Vimeo for copyright infringement. The plaintiff was Rete...

The Swedish streaming music giant must contend with a lawsuit from the American company Wixen Music Publishing which is suing it for copyright infringement, specifically alleging Spotify is using thousands of its songs...

Google launches module for the right to be forgotten

The Deadline for amendments to the e-privacy Directive is upcoming