Nivea v Neve: when winning a court case does nothing to help your reputation 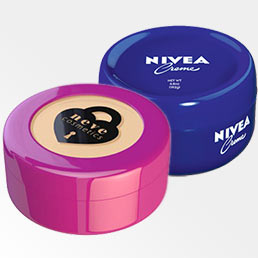 The German giant Beiersdorf, proprietor of the “Nivea” brand, won its case against the small Piedmont company Neve Cosmetics, which had been accused of violation of exclusive rights concerning the name “Neve”, which was considered to be too similar to “Nivea”. However consumer reaction to the verdict gives cause for thought with regard to the advisability of taking legal action.

The news dates back to the end of July when the Court of Milan declared in favour of the well-known German brand name, rendering the two brands “Neve” and “Neve Make Up” null and void and stated that the word “Neve” could not be used as a brand name for new companies in the cosmetic sector since it could be mistaken for “Nivea”.

Neve Cosmetics is a small Italian company with 10 employees committed to the production of natural cosmetics, which are sold exclusively on the Internet. As was also mentioned in court, its products presented as “vegetarian and vegan cosmetics”, contain no “silicones that clog up pores, no petroleum jelly that prevents the skin from breathing, no substantial preservatives and no by-products from the slaughter of milk feeding animals”. In short, Neve Cosmetics offer a range of cosmetics that are not merely a competitor but also an antagonist to mass produced beauty products.

According to the Court, despite the difference in product advertising, the name “Neve” is too similar to “Nivea” since it derives etymologically from the Latin niveus/nivea/nivum which means “as white as snow”. Therefore the Court declared the Neve brand null and void and banned its use.

The victory of the German multinational corporation stirred a wave of indignation from Neve consumers, who launched a web campaign in support of the Piedmont SME by creating protest banners and using the hashtag #StoConNeve (#I’mwithNeve) and the slogan “If I buy Neve it’s because I know it’s not Nivea!”.

Even if it is reasonable to assume that the campaign was created with the involvement of communication professionals, it effectively went viral in the space of just a few days. The hundreds of messages of severe criticism which appeared on the different Nivea social pages have attracted the attention of the traditional media which rather exaggerated the scale of the case in their reporting of the news. With an interesting avalanche effect, the Neve consumer protest has been joined by other web users, who have been struck by the economic inequality between accuser and accused, which is interpreted as an abuse of power by the strong against the weak.

The users’ messages would also seem to be partly directed at the Court of Milan as they argue it would be impossible to mix up the two brands despite the common etymology of the two names and they underline the total difference between the two cosmetic companies, whose philosophies, formulations and commercial offers are poles apart. A difference that would obviously benefit Neve and its product range which is natural, beneficial and respectful of nature, in stark contrast to the alleged harmfulness of Nivea and its artificial, chemical products.

The response of Nivea’s communication team was to choose to stay silent and they have spent weeks carefully removing the messages of criticism. As was entirely predictable, this act of censorship has caused an outrage and has provoked further cause for irritation on the part of the demonstrators, who have gone as far as starting a petition on Change.org demanding that Nivea withdraw its case.

Apart from a legal analysis of the case, these implications in the field of communication offer interesting food for thought. In the event of disputes that might expose the parties to intense media exposure, there is the necessity to provide a plan of action for post-judgment communication, which would also take into account possible negative consequences even in the case of victory. Playing a proactive role might well be a decisive factor in avoiding any damage to a company’s reputation.

Nonetheless, accurate prior analysis of possible communication scenarios on the web might make companies think twice about the expediency of taking legal action.

The widespread use of broadband connection wireless devices, from smartphones to Internet keys, has highlighted the ISPs’ need to turn to rational data traffic management techniques to solve problems of congestion...

Italian Constitutional Court: on the online publication of income of public administration executives, balance required between privacy and transparency