European Court of Justice: IP addresses are personal data, even if they allow indirect identification 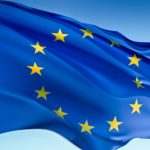 A recent judgment by the European Court of Justice stated that IP addresses can be considered as personal data in that they can be used to identify a user by turning to the authorities or ISP providers.

The point was raised in the context of a controversy between Mr Patrick Breyer and the Bundesrepublik Deutschland (Federal Republic of Germany) concerning the registration and storage of Mr Breyer’s IP address on the occasion of his consulting a number of Internet websites of the German federal services.

Every access to German Government websites is registered with the aim of thwarting cyber attacks and identifying hackers and at the end of each consultation session, a range of data is stored, such as the name of the website or file consulted, words typed in the search bars, date and time of consultation, volume of transferred data, outcome of the consultation and the IP address of the computer which has effected access.

Mr Breyer petitioned the German administrative judges, requesting them to prohibit the Federal Republic of Germany from storing IP addresses. His request was rejected at first instance trial, but the Appeal Judge partially accepted his petition, condemning the Federal Republic of Germany to refrain from storing IP addresses when these are collected together with the corresponding date of consultation and when users reveal their identity during the consultation session, even though in the form of an e-mail address.

As both the Federal Republic of Germany and Mr Breyer opposed the Appeal Court’s decision, each petitioned the Bundesgerichtshof (Federal Court of Justice), Mr Breyer aiming at full approval of his injunction and the State requesting its rejection.

The Federal Court of Justice pointed out that the qualification of IP addresses as «personal» data depends on whether or not it is possible to identity users and raised a question of doctrine regarding the choice of «objective» or «relative» criteria in order to establish whether a person is identifiable. Applying «objective» criteria, IP addresses could be considered personal data even if only one third party were able to determine the identity of the person involved; the third party, who in this case would be an Internet access service provider. On the other hand, according to «relative» criteria, these data could only qualify as personal data in relation to a particular subject, such as the Internet access service provider, who was able to trace precise identification back to a specific user. On the contrary, IP addresses could not be considered personal data for other subjects such as Internet site administrators, since they are not in possession of the necessary information for identification without resorting to external sources, except for those cases in which users reveal their identities while browsing the web.

First of all the European Court of Justice observed that a dynamic IP address does not represent information referring to an «identified natural person», since it directly reveals neither the identity of a computer owner connected to an Internet website, nor that of another person who may be using the same computer. However, the Court stressed that the wording in art. 2, letter a) of directive 95/46 proves that a person is considered identifiable when they can be identified not only directly, but also indirectly. Moreover, recital 26 of directive 95/46 states that, to determine whether a person is identifiable, it is appropriate that the sum total of the means that may be reasonably used by a data processor or others to determine said person’s identity should be taken into consideration.

According to the Court, the fact that additional information necessary to identify users is not directly in the possession of website administrators, but rather in that of Internet access service providers, is not sufficient to exclude dynamic IP addresses from being considered as personal data in accordance with art. 2, letter a) of directive 95/46. Indeed, it needs to be established whether the possibility to match a dynamic IP address to the names in the possession of Internet access service providers constitutes an accessible means for website administrators. A situation that would not be conceivable if the identification of the person involved was prohibited by law or in practice unfeasible, for example due to the fact that it would imply an enormous amount of time, cost and labour.

Despite German national legislation not allowing ISP providers to directly transmit information that identifies a person starting from an IP address, the Court stressed that there are legal instruments which, especially in cases of cyber attacks, allow website administrators to turn to the appropriate authorities, in order that these authorities can obtain the relevant information from Internet access service providers and initiate criminal proceedings. It follows that there are means, which, with the help of other subjects, can be reasonably used to identify a person based on their IP address.

Therefore, the European Court of Justice has established that article 2, letter a) of directive 95/46 must be interpreted as meaning that a dynamic IP address registered by a website represents personal data, where website administrators are concerned, in the event that they are in possession of the legal means to allow the identification of the person involved by recourse to an Internet access service provider.

The European Court of Justice decision is available HERE. 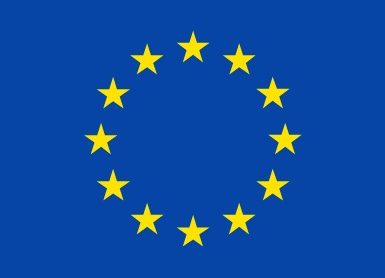