Italian Constitutional Court: on the online publication of income of public administration executives, balance required between privacy and transparency 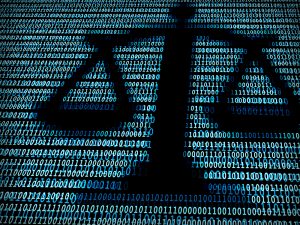 With its judgement No. 20 of 21st February 2019, the Italian Constitutional Court declared illegitimate the provision which extended the obligation to disclose tax returns, from holders of elected office to all public executives.

It was the Regional Administrative Court of Lazio which submitted the question of constitutional legitimacy to the Court. In particular, with its order issued on 19th September 2017, the Lazio Regional Administrative Court raised the question as to whether Paras. 1 (ii) and 1 (iii) of article 14 of Legislative Decree No. 33 of 14th March 2013, (“Reorganisation of the legislation regarding the right of civic access and the obligations of disclosure, transparency and circulation of information by public authorities”) conformed with Arts. 2, 3, 13 and 117 of the Constitution.

In particular, the censured regulation provided for the disclosure of all payments received by all public executives in carrying out their role of asset data obtainable from tax returns and from specific statements of property rights to real estate and movable assets recorded in public registers, and of shares and participation shares in companies. These data were to have been published on institutional websites and would have been processed in such a way that they could have been indexed and traced by search engines and also reused.

With its judgement released yesterday, the Court considered the balance made between two rights in Legislative Decree No 33/2013 to be unreasonable: the first of the protection of personal data understood as the right of the individual the data refer to, to exercise control, including active control over said data, and the second of individuals to free access to data and information held by public authorities. So, this is a comparison between privacy and administrative transparency.

First of all, the Constitutional Court considered the burden of publication in question to be disproportionate with regard to the main aim pursued, namely, that of tackling corruption in the sphere of public administration. In fact “In the case under examination, the indisputable reduction of the right to the protection of personal data does not correspond to a prima facie comparable increase in either the protection of the contrasting right of citizens to be correctly informed, or to the public interest in the prevention and repression of the phenomenon of corruption.” On the contrary, in the Constitutional Court’s opinion, the publication of a significant quantity of personal data risks hindering the need for truthful information and therefore, for controlling the pursuit of ensuring the functioning of the institutions and also the use of public resources, which are at the basis of the regulation on transparency.

Secondly, the Court pointed out that respecting the principle of proportionality would also mean choosing the less restrictive of the fundamental rights in potential conflict. In this regard, the Court itself suggested a number of alternative measures to the generalised obligation of publication, such as defining the income thresholds over and above which it would become necessary to trigger the obligation, namely the circulation of data covered by anonymity.

Thirdly, the Constitutional Court concluded that the lack of any difference of the obligation with regard to executives contrasted with the principle of equality under Art. 3 of the Italian Constitution. According to the Court, the legislator should have made distinctions in relation to the extent to which public officials were exposed to corruption and consequently provided for different levels of completeness of the data to be disclosed.

Finally, the Constitutional Court preserved the part of the regulation which provided for the obligation of disclosure for senior executives in the civil service. In fact, in the Court’s opinion, since these executives have been assigned duties carrying high levels of responsibility, it is not unreasonable that the obligation of transparency in question be maintained solely for them.

So, now the legislator has the final word and will in fact not be able to opt out of redesigning the whole framework of those who will be subject to the obligation of transparency and the corresponding ways in which this will be carried out, guaranteeing compliance with the Constitution and the regulations regarding the protection of personal data.

Two recent decisions by the Italian Court of Cassation address issues, which I had already commented on several times, and which confirm the guidelines we have suggested about the probative force of an electronic...